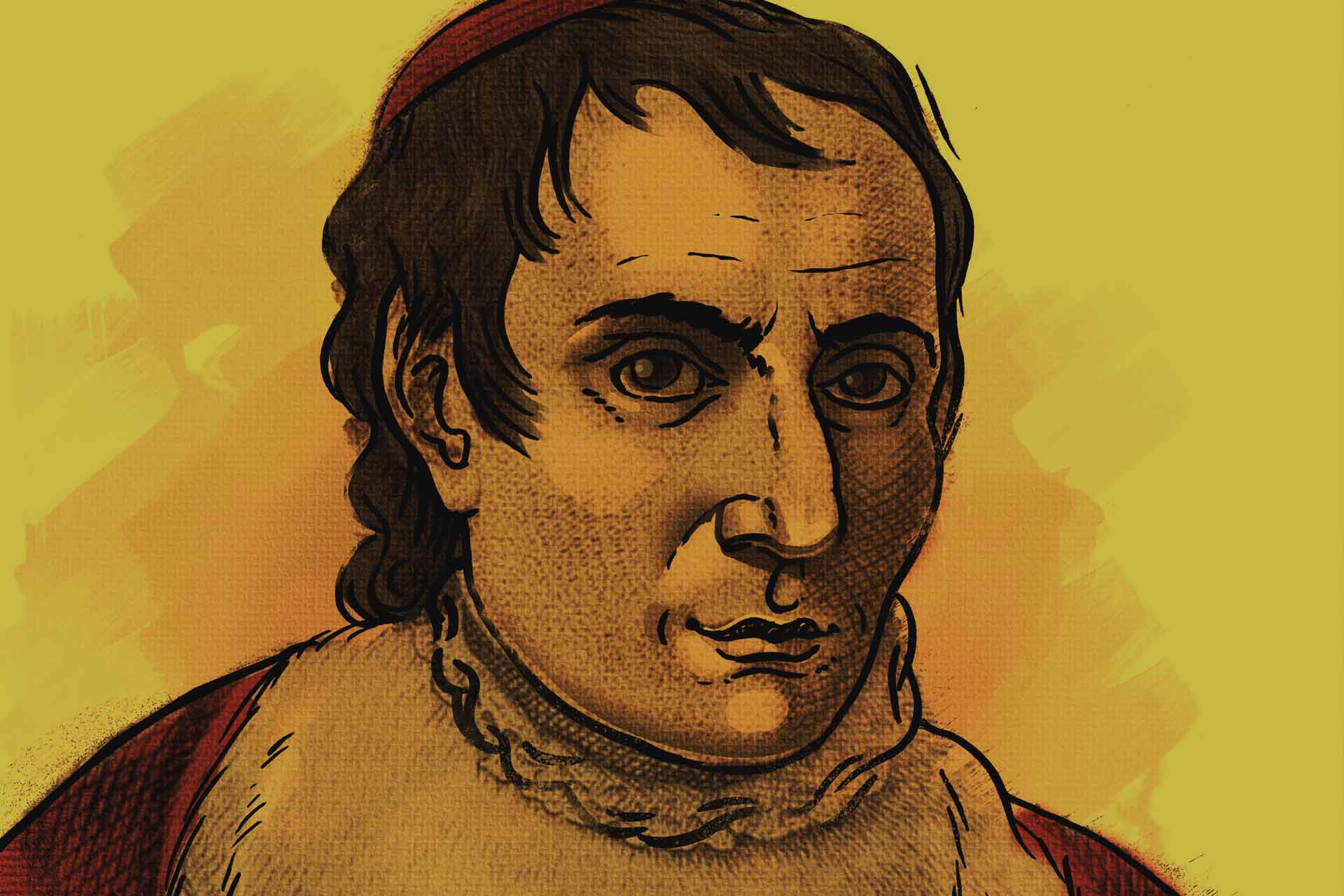 José Francisco Ortíz y Sanz “THE DEAN ORTÍZ”
Son of farmers, at the age of 12 he went to study with the Jesuits of Ontinyent to later obtain the Bachelor title in Valencia where he also began his training as an draftsman.

He earned a doctorate in canon and civil law in 1764 in Orihuela. He returns to Valencia for preparation studies in order to be ordained a priest.
He participated in the creation of the Royal Academy of Fine Arts of San Carlos (1768) and was a student of the first courses organized by the school board of it. In the same year 1768 he received the highest orders of the priesthood.

During the following years he was treasurer in the parishes of Genovés, Alcolecha, Mislata, Manises and Cárcer. In 1774 he was appointed Vicar of the parish church of Santa Maria in the collegiate itself then called San Felipe (Xàtiva). Being in this city vicar he began the translation and commentary of the work of architecture of Vitruvius. In order to further his studies of classical architecture, he travelled to Italy in 1778, after obtaining the permits of his ecclesiastical superiors and King Carlos III.

In Rome he published in the year 1781, a Latin booklet with comments on some difficult issues to understand in the work of Vitruvius. Carlos III granted him a pension so he could continue in Italy until finishing the Spanish version of Vitruvius. Once in Spain he lived in Madrid, where he published his commentary on Vitruvius. It was printed at the Royal Printing under the auspices of King Charles III to whom Ortiz dedicated the work. It was a magnificent edition in which all of the details are covered from the printing paper to the prints made by the best engravers then in Spain according to the drawings that Ortiz had done in Italy.

In 1787 he was named academic of honor of the Royal Academy of Fine Arts of San Fernando (Madrid), which coincided with much of the most important figures of the Spanish culture of this era, including the painter Francisco de Goya.

Between 1792 and 1799 he was librarian officer of the Royal Library.

In 1799 he was awarded the title of honorary librarian with a pension.

In 1801 he won the supernumerary academician of the Royal Academyof History. Highlights The reports prepared on the legislation to be applied for the protection of archaeological heritage stand out. In 1803 he published the famous royal decree on this matter, one of the first in the world.

In 1802 he was a member of the deputation that the Royal Economic Society of Friends of the Country of Valencia wanted to create in Madrid to have a greater influence on the Court.
That same year Carlos IV granted him the deanery of the Collegiate Church of San Felipe (Xátiva), notwithstanding that his residence in this city did not occur until 1804.

In 1803 he was made an honorary academician, for the architecture, by the Royal Society of Fine Arts of San Carlos.

In 1816, for health reasons and because of family, Ortíz moved to Valencia.

Until his death, he collaborated in several newspapers, this corresponds with the leading intellectuals of the time, and was able to finish and publish some of his writings. The Count of Floridablanca commanded him, on behalf of the king, to deal in working on the projects which were deemed to be most useful to the nation.