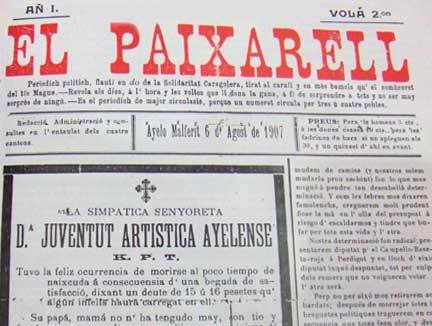 The first newspaper of Aielo was created, a satirical magazine called “The Paixarell” written by the brothers Leonardo and Francisco Carreres and of which only two editions for the years 1906 and 1907 are known. 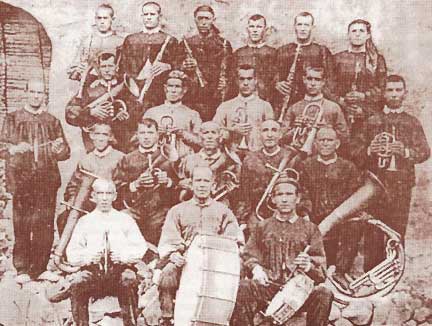 A new band is formed on the initiative of Vicent Ferri Martí the “Ferrer” playing the fife.

This story should be explained by relating a serious crisis-that happened in 1910- and a character -Bautista Aparici Belda, whose character, intelligence and entrepreneurial spirit have left an indelible mark on the history of Aielo.

Between 1909 and 1914 a plague of phylloxera had taken over the entire region destroying the vine crops. To which a harsh drought was added that had dragged on since 1908. In 1910 the situation was untenable and hunger was a harsh daily reality. Thousands of farmers in the area were forced to emigrate to other countries.

Those years were so dramatic that today that the popular saying has remained when something goes wrong, the expression “Açò pareix l’Any Deu!”. 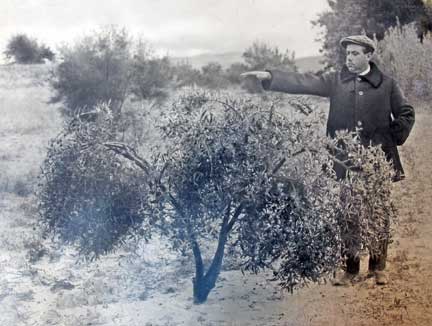 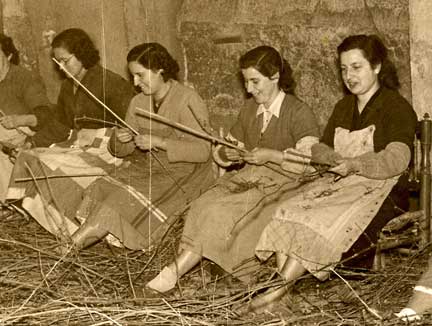 1914 is the end of the crisis and the implementation of the initiative -the result of the crisis that would f change the economics of Aielo forever.

Bautista Aparici Belda associated with other entrepreneurs, creates nurseries after importing American vines which are resistant to phylloxera. To the grapevines he would add other plants, olive and almond and fruit trees and frutales- among which the olive tree “the Changlot Real” would stand out.

It was the forerunner of nurseries, imitated by others, now located in Aielo as an international benchmark in the Barbados countryside of American vine..

Carles Salvador i Gimeno (1893-1955) Valencian intellectual, teacher, educator and prominent linguist. He started his teaching in Aielo de Malferit at the age of19, as an interim teacher, two years after leaving school for the military service.

Installing the headquarters of the Civil Guard in the building of the old hospital, at the request of Mayor Enrique Ortiz “so that the mountains can be better guarded, and to avoid possible frequent brawls that occur due to the character, somewhat unruly, of most of the inhabitants”. 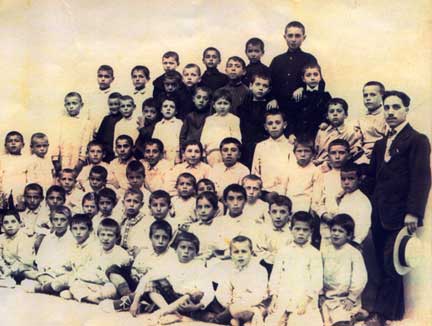 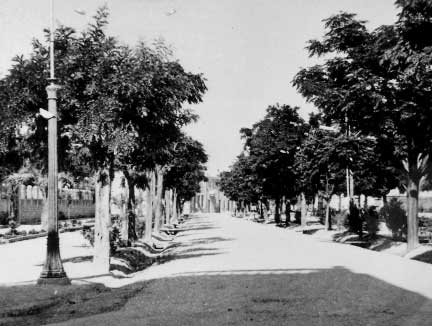 Destitution as mayor of Bautista Aparici Belda, who had been elected by the people, as a result of the dictatorship of Primo de Rivera.

The transformation of the garden of the Adriano house is completed, donated by the brothers Joaquín and Daniel Mompó Domenech, in the Paseo de l’Eixample, designed by the architect Valls Gadea, who would become the backbone of Aielo.

The Popular Library is created.

In 1931 the Second Republic was proclamed and numerous labor disputes between employers and workers occured. During this year and the following ones Aielo de Malferit would be a true reflection of the political turmoil sweeping across Spain.

Opening of new schools whose construction was driven by the teachers Miguel Ferrándiz and Leonardo Carreres on land donated by Bautista Aparici who also gave a donation of 10,000 pesetas. Many inhabitants of Aielo were involved with its construction, along with the donations of his own work. 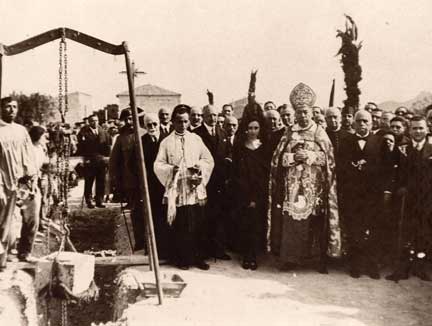 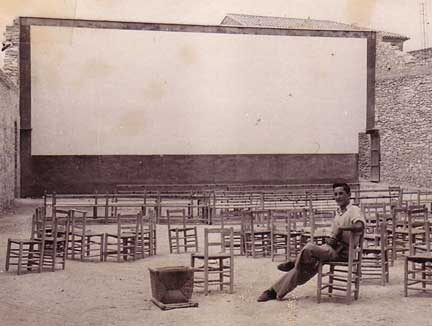 In the 30s, in Aielo silent film was projected on the walls of the Fondo street. And two cinemas were active: “Cervantes” in the Santos de la Piedra street, owned by José Ortiz Pinter and “The Nine”, located in Canónigo Ortiz street administered by the pastor Cipriano Valero Iranzo.

Installation of the first telephone exchange in Amparo Martínez Calabuig’s house that would remain in operation until 1978.

Aielo de Malferit had 2,600 inhabitants, 150 less than before the war.

Luis Manuel Ferri Llopis was born who would be worldwide known by his stage name: Nino Bravo.

The F.C. Ayelo had a new team and training site at Camp de les Eres. 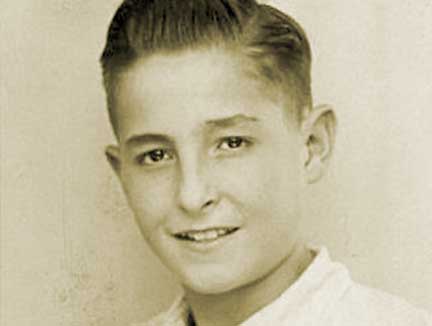 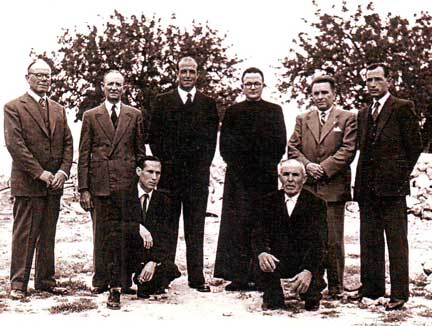 Great crisis of the barbadians due to a decree law that sought to control the surplus of wine produced in Spain. It should be noted that the people of Aielo, showing a great value given the political regime, came to protest the Ministry of Agriculture vehemently. Their protests being worthless, five city councilors presented their resignation, 14 of the 15 members of the Local Council of the National Movement and 12 of the 13 components of the Standing Committee of the Brotherhood Association. Their recklessness not did not produce any results either.

Promoted by the rector Juan Sanchis Requena, the work of the Board began: the parochial school, the social club and catechesis, library, cinema, the pelota and ball court.

The start of development and expansion of numerous basketry businesses pioneered by, first José Rico, and later his son Salvador Rico, Francisco Vidal and Antonio Castelló. Sewerage, piping and distribution of drinking water to the homes with Rosendo Sanz being the mayor.

Aielo suffered in the second half of the twentieth century, the same depopulation as most of the villages of Spain. It was due to the economic development whose motor were the industries in the big cities. 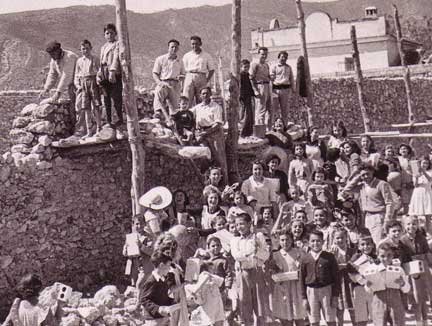 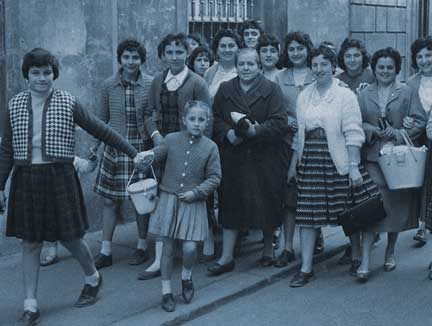 The arrival of democracy in 1975, the majority approval of the 1978 Constitution, and the entry of Spain into the European Union would bring in the last years of the twentieth century peace, progress, and economic development through democratic normalization of all of the country.