The Napoleonic invasion of Spain in 1808 that would lead to what was called the French War or War of Independence was called. From the start in Vall d’Albaida guerrillas were organized to face the invaders who came under Marshal Suchet, in 1811. The French settled in the points considered to be most strategic, ruling out Aielo because it was off the main routes. 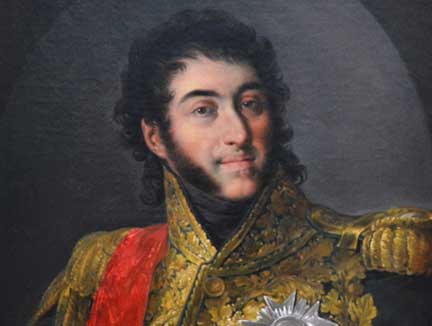 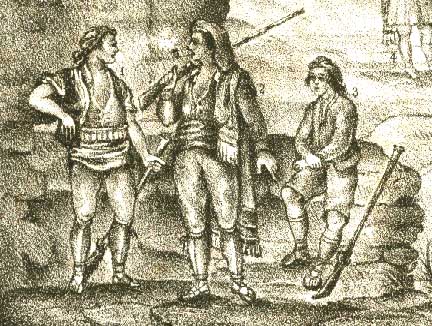 However, the town had to surrender to the French food and money, leaving the village without. Many people from Aielo enlisted in the guerrillas and fought against the French on several fronts.

Francisco Armengol Bordería, stands out among them, enlisted as a soldier in 1808 and eventually becoming an important spy and guerilla.

In April 1812 a bloody battle occurred on the streets of Aielo between French troops and 300 guerrillas led by Manuel Aparici. The guerrillas were massacred.

In the realm of ideas, Spain reacted to the invasion of Napoleon with a flowering of liberal thinking that would lead to the convening of the Cortes of Cadiz and the drafting of the 1812 Constitution, “la Pepa”.

The occupation of the throne by Fernando VII ended all liberal aspirations which were replaced by the monarchical absolutism.

In this new political environment, the Marquis recovered all of his privileges. 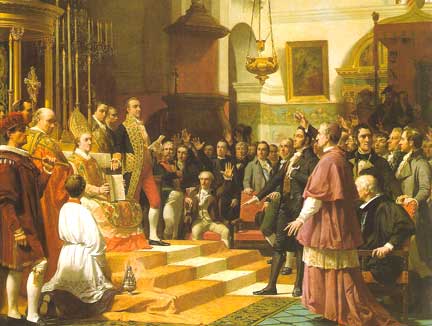 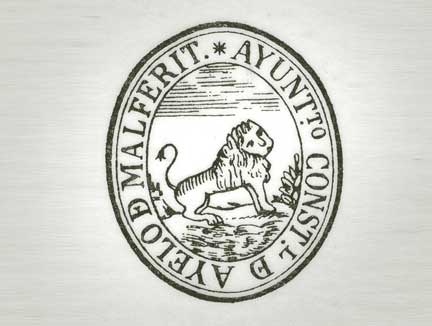 On the 18th of January of 1818 six neighbours of Aielo founded the first music band of the village who make a special performance in the festive events of 1820, after the triumph of the Riego pronouncement, the restoration of the Constitution of 1812 and the beginning of the Liberal Triennium.

The accession of the child queen, Isabel II, tutored by her mother María Cristina, started a period of major reforms among which a new territorial organization stands out – with the disappearance of the dominions – in municipalities and provinces.
1820. At 81 years of age, the Marquis Salvador Roca died. He was succeeded by the VI Marquise Ignacia-Rosa.

Aielo de Malferit then belonged to the province of Alicante, and three years later to that of Valencia.

1833 marks the beginning of one of the most violent episodes in the history of Spain: the brother of Fernando VII, Carlos of Bourbon, did not accept the coronation of Elizabeth II, causing the start of the first Carlist War (1833-1839). Six years of bloody struggles with occasional episodes in the region in general and in particular Aielo.

In 1834 Pascual Mercader y Roca would became the seventh and last lord of Malferit.

A period would start, until 1837, in which the regent María Cristina signed a decree are definitely dissolved territorial dominions, including the barony of Aielo and Cairent. However, the Marquises kept the litigation ongoing for years until in 1858 when the ruling of a court definitively settled the matter. 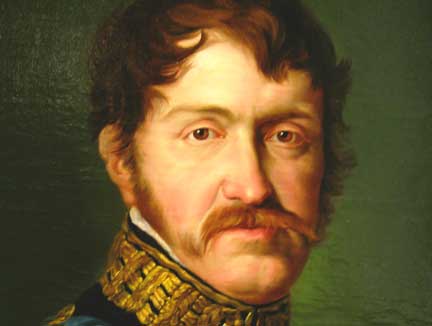 In 1834 there was a cholera epidemic that originated consecrated festivals of the Blessed Christ of Poverty under the chancellorship of Juan-Bautista Bataller Plà who wrote: “We continued with the aforementioned exercises until the plague disappeared from our Kingdom, and when so much orphanhood, and weeping and disasters were caused in Spain by that devastating calamity, Ayelo de Malferit could boast of having been spared from the rare punishment; since out of 19 cases of cholera, only nine died noting that nor were there other diseases, nor any more deceased within four months of this calamity, and it even can be added, that from mid-June to mid-August, no Cemetery was even opened even for a little infant. This is the favor of this Villa believes itself to be endetted to his Sovereign Benefactor the Highest of Holiest Chrsit of Poverty for, without a countless number of different times having done the same“. 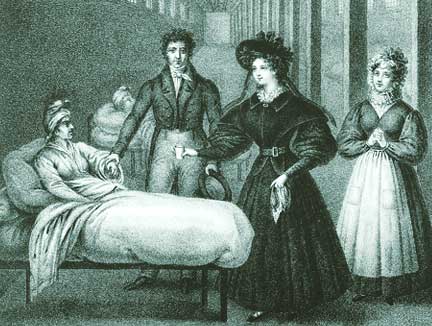 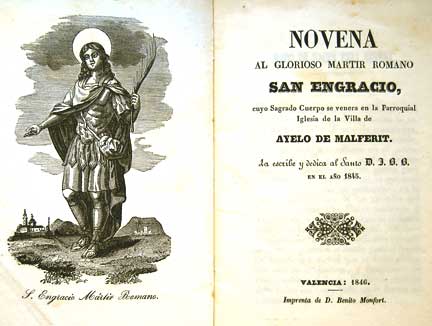 Inauguration of Charity Hospital or refuge for the poor and sick, under the patronage of married couple Bautista Calabuig Vicent and his wife Rita Castelló Alonso.

The relics of St. Engracio Mártir arrive at Aielo from Rome.

The Second Carlist War that only leaves an episode in Aielo, surrounded by government troops in 1849 for “recognition of all suspected houses […] and arresting several suspected individuals for their criminal record […]”.

The Cholera epidemic takes the life of 46 neighbours

The appointment of the first municipal doctor in Aielo, Mariano Ferrer Juan paid by the municipality and the wealthy neighbors, in exchange for assuming the obligation to freely serve those who were called the extremely poor.

The severe economic crisis and consequent social unrest leads to Queen Elizabeth II into exile and gives way to the Democratic Presidential term (1868-1874). In this period Aielo constitutes one of the first Republican committees of the Vall d’Albaida.

The Third Carlist War during which the Chartists entered Aielo and abducted many women who were only released after receiving a substantial ransom. 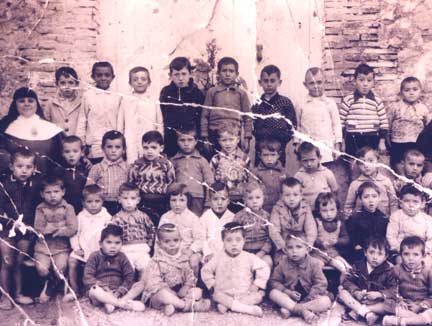 The Rehabilitation of a municipal house in the Palace Square, attached to the capitular house for classrooms for both sexes and a staff room, the marriage Bordás-Gironés.

Improving hospital services thanks to the legacy of the sisters María and Rufina Sanz Belda. In 1888 some Franciscan nuns settled in the hospital establishing a monastic community – Tertiary of St. Francis of Assisi – to care for the sick and open a nursery school. Subsequently, other private donations allowed them to buy a plot and build the new Charity Hospital whose work would end in 1913.

Inauguration of the House of the Poor (where Saint Vincent street currently is) to serve poor and bystanders and separate them from patients treated in the hospital.

Leonardo Carreres y María Teresa Arabí are the teachers. The latter is responsible for the sewing school for girls and would govern for 48 years. Leonardo Carreres worked as a teacher for 42 years. He became mayor and was one of the people who contributed to improving education in Aielo. As a tribute and recognition to the social and educational work of both teachers, the City Council gave their names to respective streets. 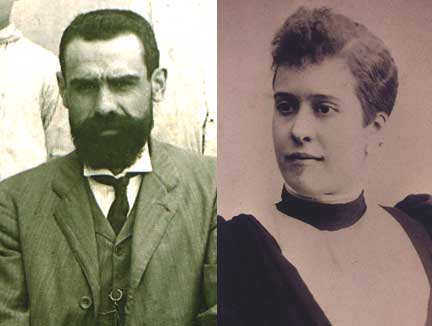 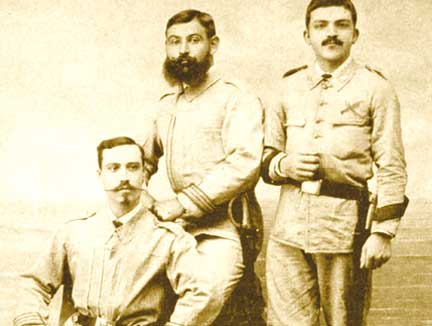 Several young people from Aielo are mobilized to go to the War of Cuba. Vicent Juan Soler, one of those who managed to return, was awarded the Silver Cross of Military Merit withn a red badge for his heroic participation in the Battle of Santa Rosa.